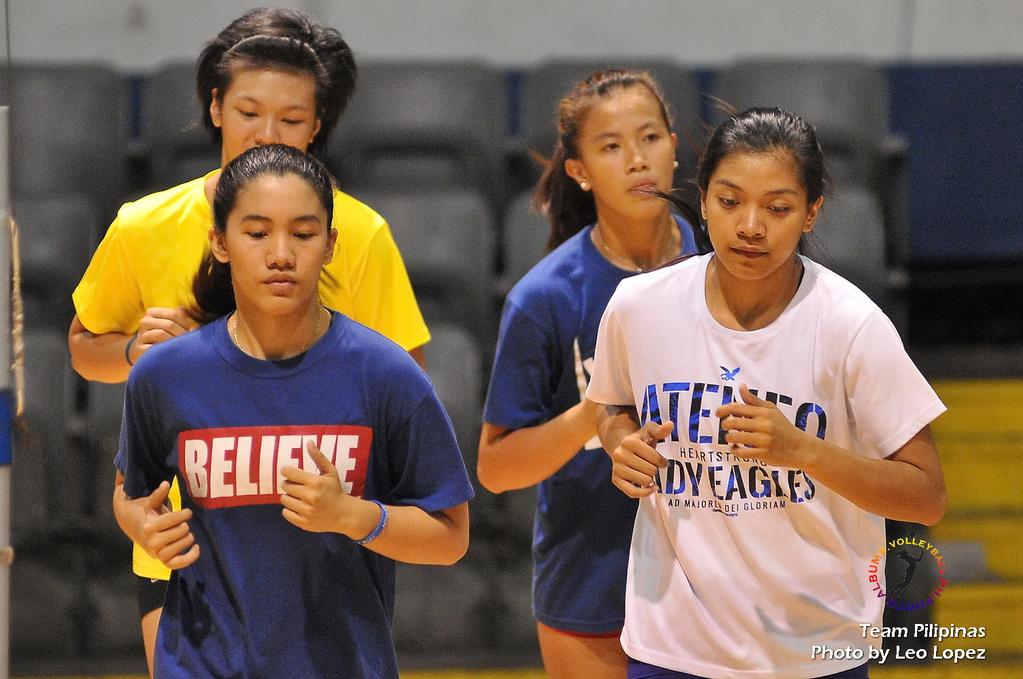 Patrik’s note: This is the first post of my #OneForTeamPilipinas blog post series. This article is merely an introduction to the series and covers primarily the Asian Under 23 tournament. Blog posts for each competition, with a blow-by-blow account, will be posted days before the actual start of the tournament. For updates, feel free to follow me on Twitter: @bunsoi

As the Ateneo Lady Eagles‘ highly celebrated coach Tai Bundit would have it, the players should “Think of the country first”. This is with regards to the current political chaos in the volleyball community on leadership dispute between the long-standing volleyball organization of the country – Philippine Volleyball Federation (PVF) and the newly-organized and Philippine Olympic Committee-recognized Larong Volleyball sa Pilipinas, Inc. (LVPI), with the latter having replaced the former as the country’s national sports association for volleyball after getting nod from both the Asian Volleyball Confederation (AVC) and the Fédération Internationale de Volleyball (FIVB) early this year. 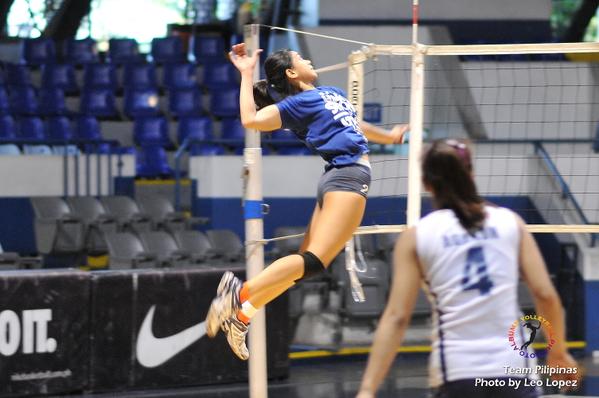 It’s high time to set aside political issues which long hindered the growth of the sport in the country  and instead, we should start working for the country’s comeback in the regional scene. I personally think it’s a shame that it has to come from a Thai national, can’t Filipinos (at least the volleyball fans) unite for the love of the sport and the country? Let’s set aside loyalty to certain rosters backed by a sports group and instead, focus our attention and loyalty for the flag and the country.

Please don’t get me wrong though why this post is only about volleyball. Well, there sure are a lot of other sports in the Sea Games, but I think it fits to highlight volleyball since this is our return to the prestigious biennial meet after a ten-year absence in the international volleyball arena. 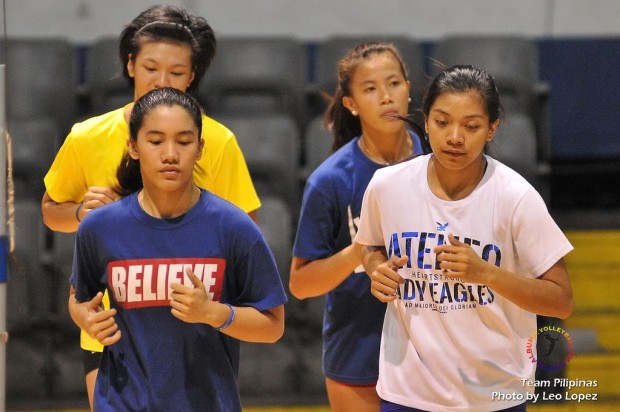 The inaugural Asian Under 23 Women’s Volleyball Championship will see action in Manila from May 1 to 9.  The Philippines was bracketed in Pool A along with Asian powerhouses Iran and Kazakhstan, which they will be facing on the opening day May 1 and 2, respectively. This will serve as the Asian qualifiers for the 2015 FIVB Women’s U23 Volleyball World Championship to be held in Ankara, Turkey. The team will have former Ateneo and now NU coach, Roger Gorayeb as Head Coach, Sammy Acaylar will serve as Assistant Coach while Ateneo’s “happy coach” Tai Bundit has committed to help train the squad in their bid in this tournament.

Here’s a treat for fellow fans out there. A fellow accountant/auditor Carlos Garcia has uploaded two videos on his YouTube page showing the training of our favorite volleybelles!

While our roster has the best collegiate stars from both UAAP and NCAA, I’d still keep my expectations low. As what Alyssa Valdez always says.. “it’s more of the experience, nothing to lose, everything to gain”. The Philippine selection has just been named a few days ago and the tournament is about to kick off in three weeks’ time. Asian powerhouses Iran, Kazakhstan, Thailand and Japan have very solid national lineups, owing to their grassroots program which means, they have a more intact and well-oiled machinery come the tournament. But whether the Philippine team wins the tournament or not, I think we will all give the other nations a serious scare and run for their money.

Let’s stop ranting why our fave player/s (insert your idol’s name and superlative adjective to describe here) were not included in the pool. I, myself have personal favorites and I would have to admit there are a few who might have been more legit and solid additions to our current pool of players. The problem here is that some of our fave players intentionally did not join due to their loyalty to their organization and/or they have prior commitments that they have to attend to. But I have trust with the current selection of players, who by merely joining the tryouts and working hard to make the cut, have proved that they have the heart of a true athlete and no political fiasco can ever stop them from bringing pride and glory to our nation. These are the players who have committed to play and suit up for the country, despite whatever loyalty issues might be thrown at them by certain officials and of course, the keyboard warriors otherwise known as fantards.

For the 28th Southeast Asian Games, the #TeamPilipinas will be comprised of superb athletes both from the reigning UAAP and NCAA stars and even former stars who still have the fire power to battle their hearts out in the court! According to the grapevine, Alyssa Valdez is being eyed to be the country’s flag bearer in the Sea Games which will run from June 5-16 in Singapore. This will be exhaustively discussed on a separate blog post.

The Asian Seniors Women’s  Volleyball Championship will be held in Beijing, China and will run from May 20-27, two weeks after the Asian Under 23 tournament.

I’d like to end this post by asking for everyone’s prayers and support for the Philippine delegation to the three tournaments (Asian under 23, Sea Games and Asian Seniors). Let’s set aside our personal preferences as to players, coaching staff and sports groups. Whatever happens, I am for the country and I am for Philippine volleyball  in general!

Keep tabs on this blog for the second part of the #OneForTeamPilipinas series which is a blow-by-blow account of the Asian Under 23 teams and our chances against our neighboring countries!