I was seating far behind along with my friends, very strategic point so I could get a dramatic walk up to the stage! LOL *pinagplanuhan? kidding!* 😀 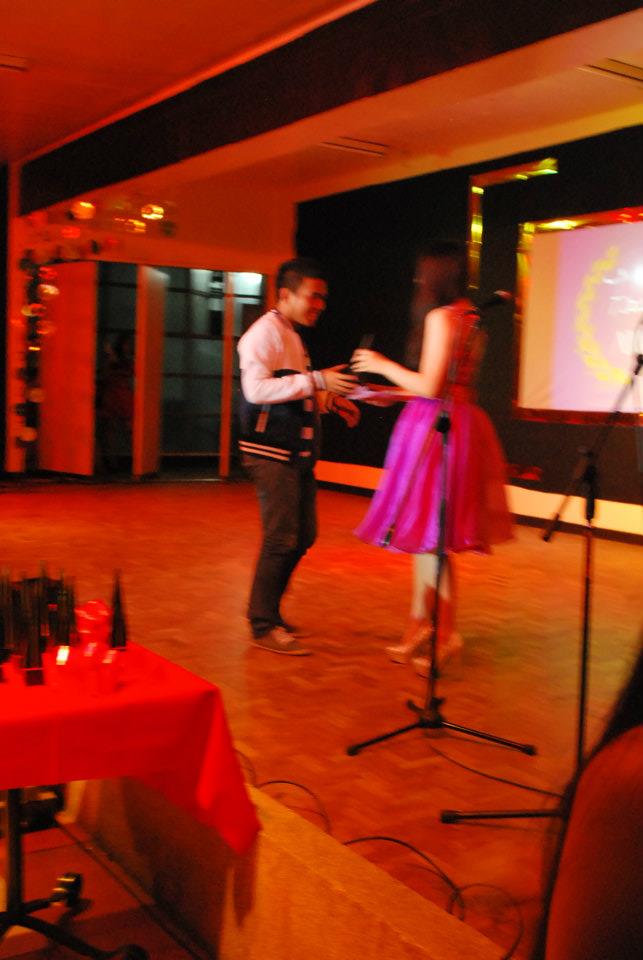 And here, I wasn’t informed I was supposed to give a speech since my award was the first one to be given. But then, as you can see, I delivered my speech pinaabtik! I’m not really good in delivering speeches, but hey, I delivered well. 🙂 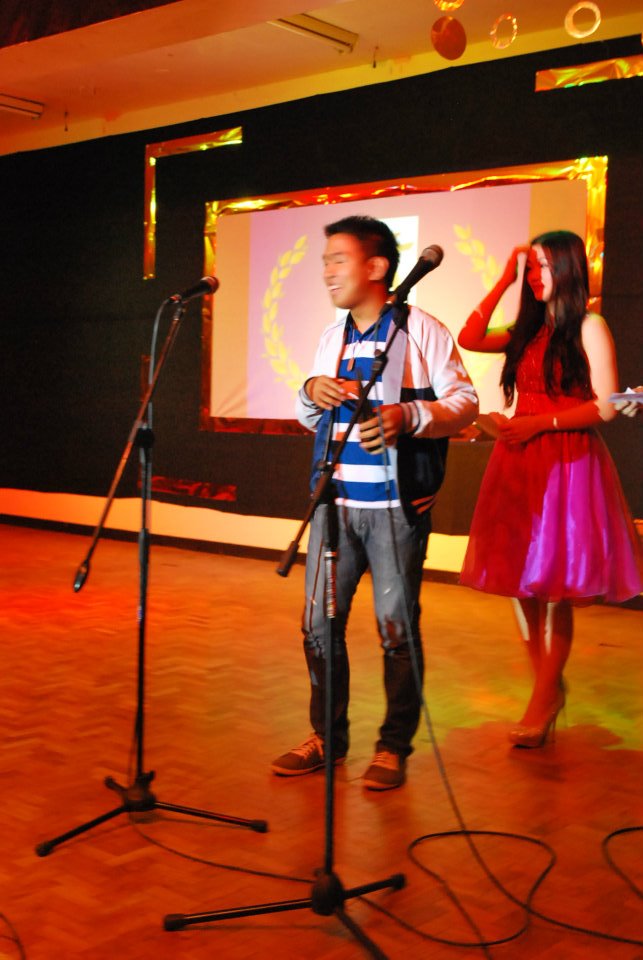 And yun, I heard kinabahan na ung mga next winners kasi daw I set the tone of the formality of the event na with matching echuserang froglet na speech and all. LOL

Would you like to get a copy of my speech? Chos! Parang public official lang? HAHA! Well anyway, this was my short speech after I received my award:

“Good evening. My stay in the Atenews has been one of the most exciting journeys I’ve ever had in college. Being the News Editor for two consecutive years, I’ve experienced mapatawag ng school president at ng Office of the Student Affairs director. But with this award, it’s all worth it. Thank you!” 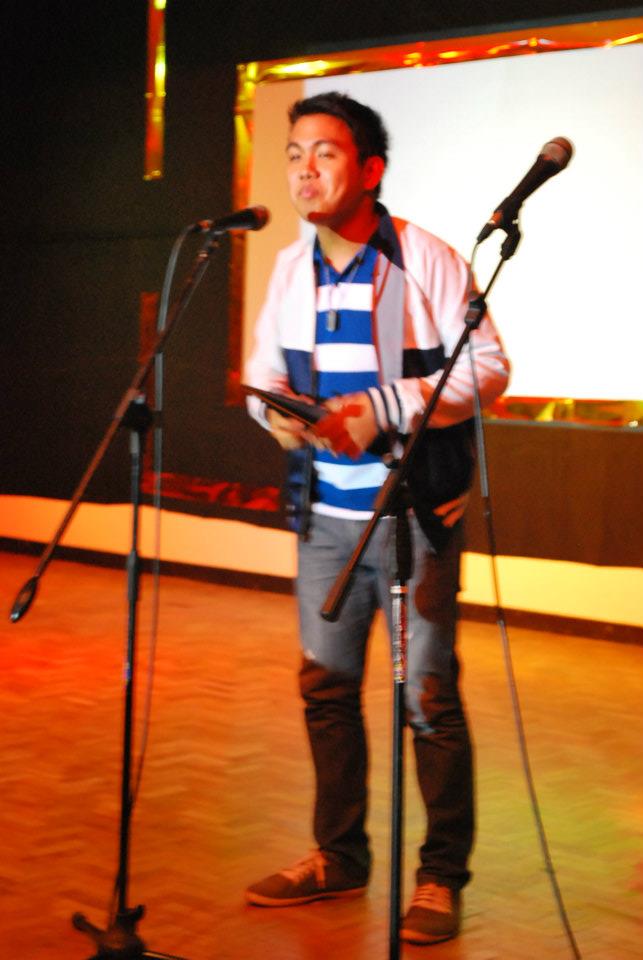 Forgive me for the pictures. I know it’s not that well taken. But still, credit goes to JPIA and their photographer *I’m not sure with the name, sorry po*. Thank you! 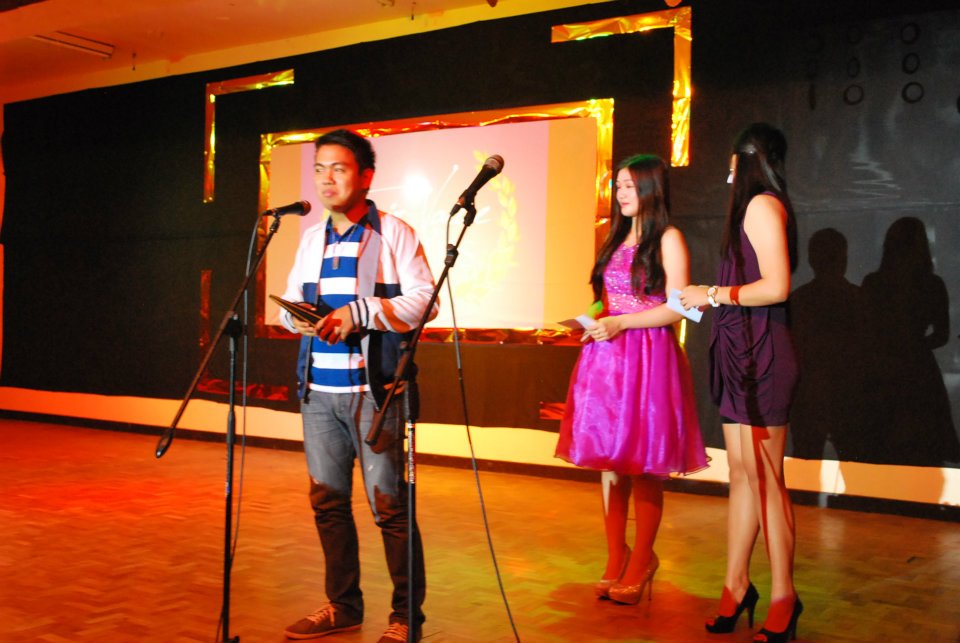 So there, after the event.. My friends and I went to McDonald’s Matina for a late night dinner, then Jaypee *wink* fetched me at Matina Town Square and we headed off to Blugre Landco for bonding moments with a cup of espresso. 🙂

I didn’t get the Male Athlete of the Year award, probably because I wasn’t technically and sexually fit in the category. LOL 🙂 But it’s ok, kuntento na ako sa Journalist of the Year. 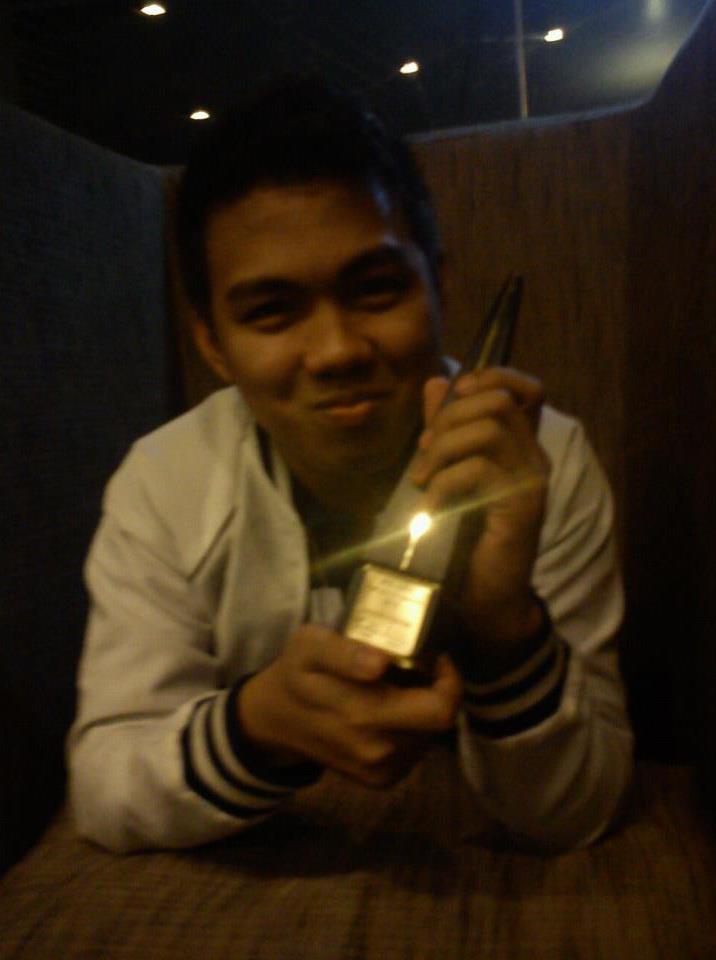 Credit goes to Jaypee Cabrera for taking this shot. Thanks! 🙂

I would like to thank our Lord for giving me this talent and also, the people behind JPIA Fair Value Awards 2012 for this wonderful award. It is very flattering to be recognized for the efforts I have put in towards contributing to awareness of school issues through campus journalism. Because in contrary to what others believe, campus journalism is not an easy task, it entails a lot of responsibilities as well. Oh diba, parang Oscars lang? HAHA