This is the first in my #PatrikAt25 series of blog posts since I realized my eight-day journey cant be encapsulated satisfactorily in a single blog post. In this post, I will be talking about how it feels to solo travel and other whatnots you may face along the way.

When I first posted on my Facebook account that I’m going to Thailand for an eight-day solo travel in time for my 25th birthday this August, I was bombarded with questions wondering if I were that crazy to go on my first out of the country trip alone. To go on a solo adventure has always been a bucket list item for me, the reason why despite many unsolicited advice from workmates and travel advisories following the two consecutive bombing incidents in Bangkok, first at the Erawan Shrine which killed more than twenty people and second at the Phra Arthir Pier, I worked my way to make this happen. Of course, I was a bit petrified with the idea not only of solo travel but to do it in a foreign country with an entirely different culture and language! But then I reckoned, it’s my quarter life birthday and this makes this trip all the more exciting.. and yes, equally nerve-wrecking. So screw it, whatever happens, happens. And by all means and at all costs, THIS HAS TO HAPPEN. 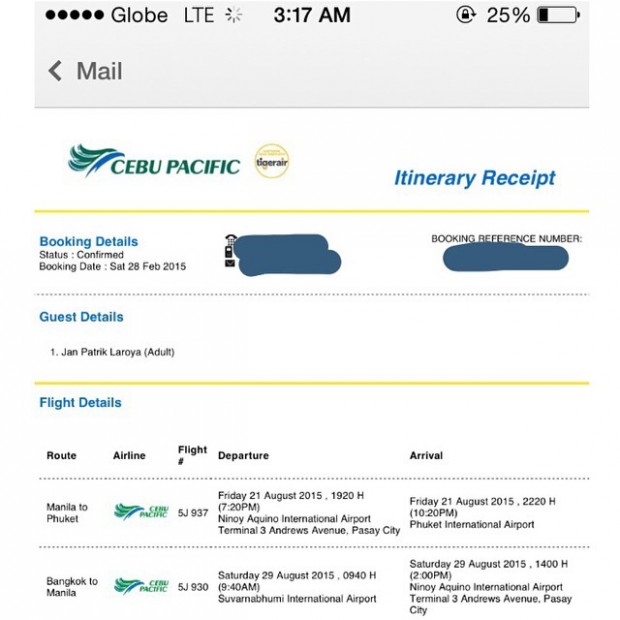 While solo travelling is not something unheard of, it isn’t pretty much a popular concept here in the Philippines. Imagine going to a foreign country, meeting new people using an entirely different language.. all that on your own. At times, you will have to seek people’s help most especially in directions. When we were young, our Maria Clara-inspired parents would always tell us “Never talk to strangers”. While it is true in most cases, sometimes, deviating from that popular norm does us good. You see, we often see ‘strangers’ with a negative connotation, which shouldn’t always be the case. Note that we are also ‘strangers’ from the perspective of other people we don’t know. But, do we embody the ‘stranger’ our parents warned us about?

Solo travelling is not a lonely experience as how other people tend to believe (and mind you, this is coming from people who haven’t even tried solo travelling themselves, bitch pls). You get to meet a lot of people, which eventually can become your friends along the way . In my case, my flight going to Phuket was at 7:20pm Manila time but through Cebu Pacific’s very effective and efficient operations (read: very), it was delayed until 10:00pm. Then a lady in the name of Veejay Jose asked if the seat right beside me was available. The next thing we know, we were adding and following each other both on Facebook and Instagram. Veejay was also a solo traveler heading to China. 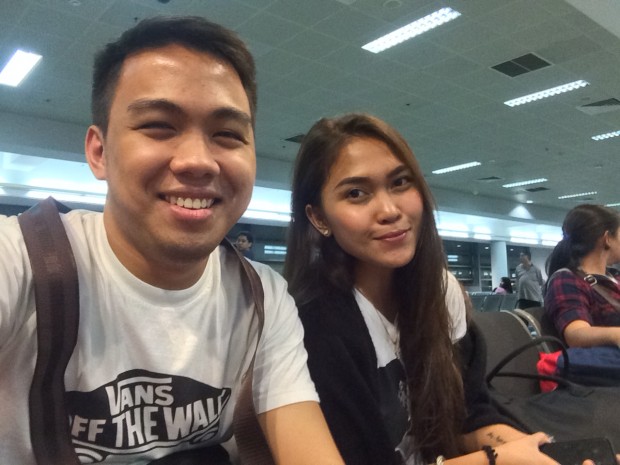 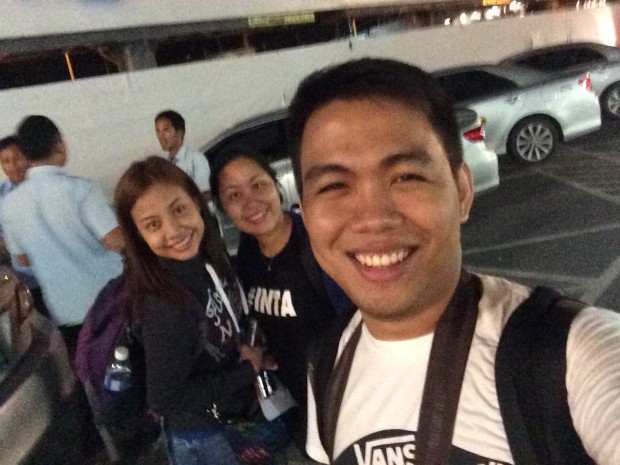 I arrived at Phuket International Airport at roughly 3:00am (Thailand time) following a four-hour flight from Manila. Since it was already dawn, no mode of transportation was readily available other than taxis which charge a skyrocket price of 1,000 Baht (approx PHP1,400). Then someone asked me: “Hi. Patong Beach ka rin?” And I gladly answered: “OMG. Pinoy kayo?” which of course is quite stupid kasi nag Tagalog na nga sila diba? Haha. So I met Jane Jardio and Katrina Casillas, OFWs working in Saudi Arabia. And before we know it, we were already taking selfies and we headed straight to Patong Beach, with their hotel only a few blocks away from mine. On our last night in Phuket, Jane, Kat and I went to Bangla Road famous for its notorious nightlife scene for our last-night-in-Phuket drinks. Thailand appears to be such a small world for us cos when I arrived in Bangkok, we met again somewhere at Banglamphu District, a few blocks away from the famous backpacker central Khao San Road and Soi Rambuttri where my hotel is located. Do I have to mention that a day after, I went temple hopping and voila! Saw Kat and Jane in the flesh yet again at the Grand Palace. Seriously, how big is Bangkok? 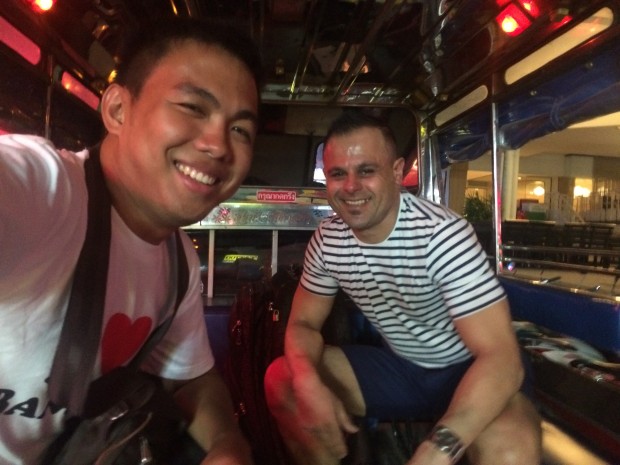 On August 27 (Thursday), while on my way to Pattaya, I had the chance to talk to someone in our minivan and realized we were both headed to the same place: the name’s Warren Cowley, an Australian teacher based in Vietnam. He told me some of his exciting travel stories, how much he loves Manila and even greeted me for my 25th birthday. Realizing I was alone, he invited me to join him and his friends for a night out at Tiger Bar in Soi 4. Worthy to mention Warren also paid for the taxi-ish tuktuk ride worth 200 Baht! Before leaving, he gave me his Line account so we could catch up and go back to Bangkok together. However, since my phone was playing up, wasn’t able to add him that time and so I went back to Bangkok alone. Upon learning of my plans in visiting Vietnam next year, he also offered free accommodation when I get there. See, a simple talk goes a long long way! 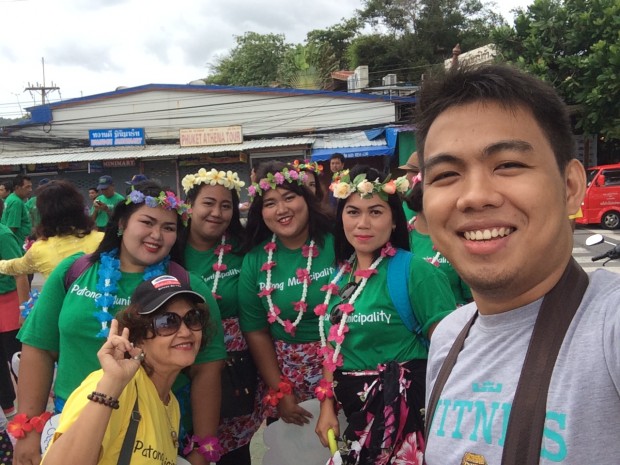 What makes solo travel liberating is that it is both exciting and equally nerve-wrecking. As you embark on the journey, you literally leave everything behind (considering of course, you had your vacation leave approved! haha) Nerve-wrecking cos you do not have company and no one to help you should there be a problem. But at the same time, liberating because it allows you to do everything you want to do *wink* especially at a place where no one knows you. *wink again haha* Dealing with the unfamiliar sure brings us some discomfort. But as you go on your way, you will eventually get used to dealing with new people and new places.

I figured having a company to enjoy the excursions that Thailand has to offer is one thing, but to do it all by myself is a whole lot different story. In my previous group travels, most often than not, we are very much concerned about what each one of us wants to eat, where each one of us wants to go, the list goes on and on. But as a solo traveler, you have the full authority to eat what and where you want to eat, to go where you want to go, etc. Because in the end, it’s really about what you want to do, not what you are supposed to do or obliged to do. 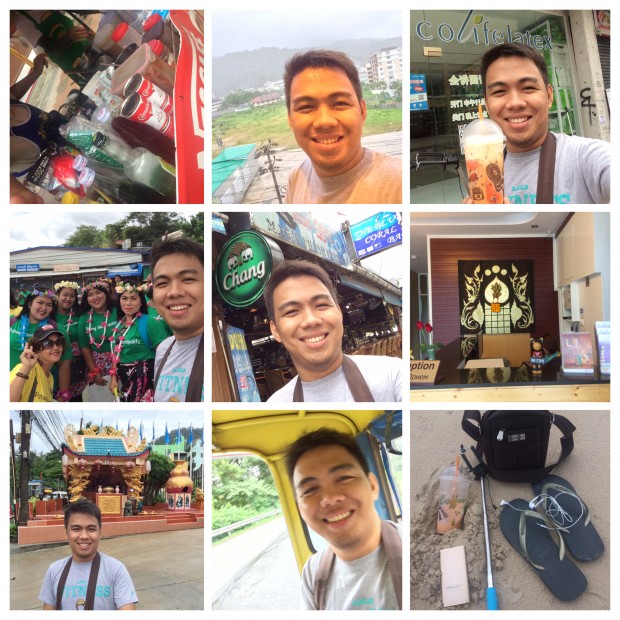 I always love this quote from St. Augustine: “The world is a book, and those who do not travel read only one page.”

Back in my college days, my life was centered on academics and parties in between. As a young professional living solo in the heart of Makati Central Business District for more than two years now, I have been working hard to earn a living and to sustain the high cost of living expenses at the central financial district of the country. While I was eating early Tuesday morning, I overheard a group of Europeans next to my table, the seemingly Italian said: “I’ve been working and kissing my boss’ ass off for more than three years of my life just to get a piece of his attention but he didn’t approve my vacation leave form. Screw him, I’m gonna travel the world.”

I think as young professionals, we are so concerned about how our bosses think of us. Human nature tells us of our need to be validated, be it in terms of performance, character and what have you. Some work hard and rush through  jobs on a daily basis as if it’s a race. This travel made me realize that work is a never-ending cycle, no matter how early you come into the office and how late you come out, work just never ends. Often, we tend to forget to pause and realize that there is soooo many things to do outside of the 8am-5pm daily grind and how there is sooooo much to see in this world, just waiting for us to see. At the age of 25, I just feel so blessed to have seen and experienced for myself the majestic temples in Grand Palace, Wat Pho and Wat Arun among others and the crazy nightlife scene at Khao San Road, dubbed the backpacker central in Bangkok, the fine sand beaches of Patong and Karon and the notorious nightlife at Bangla Road in Phuket, and Pattaya Beach in Chonburi. The list can go longer if only I had the luxury of time and yes, money to experience them for myself. But as what other travelers would always say: Do not visit all attractions in a single trip, so you have a reason to go back. 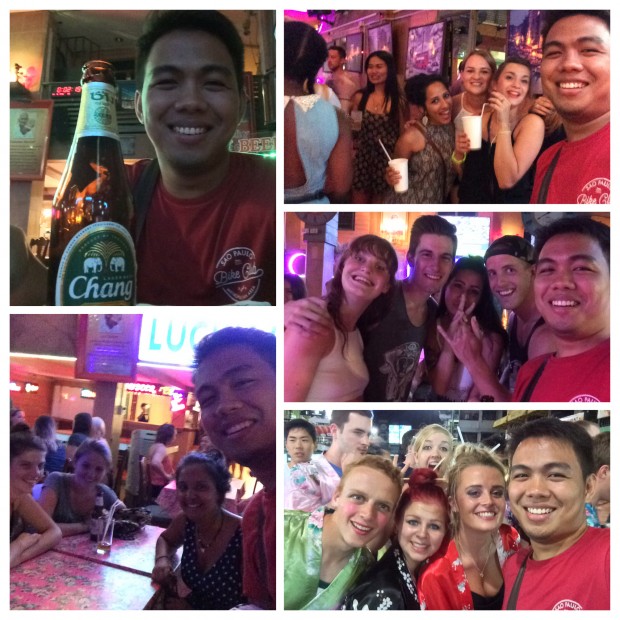 Solo travel lets us contempate about our life

Inevitably, there will be moments you will be tired along the way so the most logical thing to do would be to rest and stare blankly anywhere. Most often than not, uneventful times like this allows us to think and reassess our lives to know where we are currently at right now, what we want to do and where we are headed. As for me, I loved Thailand and I instantly fell in love with the idea of traveling, solo traveling at that.

For the record, solo travelling has its fair share of pros and cons, ups and downs just like any other trip where something would actually come up along the way. In my case, my phone has been playing up the whole time to think I didn’t bring any camera phone. The screen of my iPhone 5S appeared to have frozen and stopped working the moment I arrived in Phuket International Airport. I was almost teary-eyed but I didn’t let it bother me. Good thing was that, as I left the airport, it worked again. But for the entire duration of the trip, it was playing up on and off. Lesson? I believe what matters is how you deal with the situation at hand not allowing anything or anyone from ruining your vacation en grande. 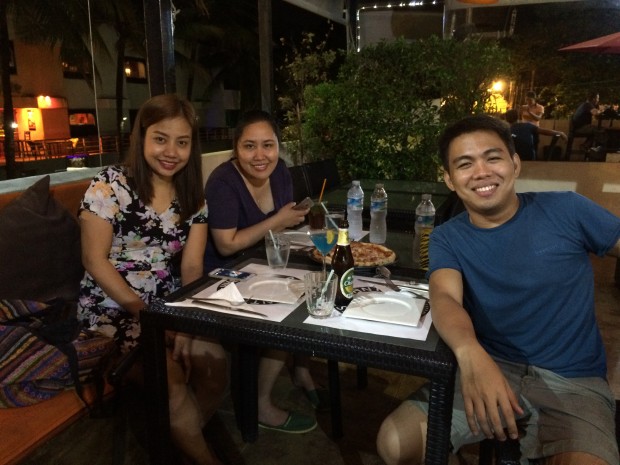 For people asking, the most challenging thing in this journey of mine is not necessarily within the eight days worth of excursions, but it’s actually the end of it and even the days after. I left Bangkok for Manila last Saturday, August 29, and I’ve never felt any sadder my whole life. The fact that it has finally come to a close, that I am back to reality that is Manila. I can only wish I could go back to Thailand as soon as possible, but until then, I can only let the happy memories remain.

BEST BIRTHDAY OF MY LIFE! WOOOHOOOOO!!

Second part of the #PatrikAt25 series will be about my itinerary and some additional thoughts from my journey. Haha. Stay tuned!