Let me start this blog post by saying I am not a psychiatrist, I am not a clinical psychologist,  nor am I an expert in any medical discipline.. I am just a simple guy living a happy gay life for many years now. 😀

I’m pretty sure that by now, many of you have already read the infamous article, “Being Gay” written by former ABS-CBN anchor Tintin Bersola-Babao.  Bersola interviewed clinical psychologist Dr. Camille Garcia on homosexuality and related issues. Due to its sensitive nature, the article drew flak as Bersola and Dr. Garcia’s words did not rest well with members of the lesbians, gays, bisexuals and transgender(LGBT) community. 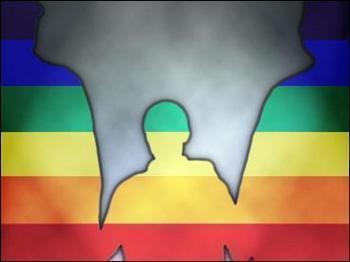 “The only people that can claim to be experts on gay people are gay people.  In their diversity, humanity and general awesomeness. Shame on anyone that dares to think that gayness is a disease, something to be ashamed of, or is something to abhor in the name of Christianity. Can’t we all just be human beings, men and women navigating this earth in search of the goodness in this world, and adventurers out for enlightenment and understanding?”

I couldn’t agree more with Ms. Salonga that she deserves my standing ovation after I read it. Though it’s unclear whether she posted this as a response to the “Being Gay” issue or not, she did make a very strong statement enough to offset my frustration over the original article. True, I believe only gay people can be experts on gay people. After all, how can one understand the dynamics of one’s sexual orientation given the diverse and complex world gay people have?

This is the very reason why I wrote this article. A lot has been said and a lot has been written. But allow me to share my take on being gay.. from my gay perspective cos I’m very confident that MY KNOWLEDGE AND UNDERSTANDING OF MY FELLOW GAY PEOPLE AND THE WAY EACH ONE BEHAVES AS AN INDIVIDUAL ARE FAR BETTER THAN DR GARCIA’S. 😀

After reading Garcia’s answers to the author’s questions, I couldn’t help but get frustrated. The following are my points against her words:

1. “True gayness comes out at pubertal stage. What is wrong with some parents is encouraging the behavior… Good parenting structures the right role of a person”

I feel like a broken record already for saying this, but please.. there’s nothing wrong with being gay. I couldn’t believe that at this age, I still have to say that to convince people. Saying “What is wrong with some parents is encouraging the behavior” sounds as if saying “Do not smoke, it’s bad for your health”. Garcia’s answer seems to suggest that gayness is a behavior that should be discouraged.. BUT IT SHOULD BE NOT BITCHES. Tsk tsk. If the parents of Vice Ganda, Boy Abunda and other famous gay personalities discouraged them to be gay, then we wouldn’t have a really good comedian that makes us laugh everyday and every Sunday night and we wouldn’t have the Asia’s King of Talk.

I can not imagine how parents should do it. I cannot imagine suppressing their son’s / daughter’s sexual orientation. I think the world would be a happier place if we just let our natural self come out. No suppressed feelings, emotions.. and most of all, no depression which is very prevalent among LGBT members who aren’t out, which usually end up to suicide if not taken care of seriously. Now tell me, do we wish to see more gay depression-related suicides? You decide.

3. “Most families still cannot accept the fact that something went wrong with their parenting. Remember, since child rearing and proper parenting are part of one’s holistic disposition, the lifestyle and preference he will choose is considered to be part of what a parent has nurtured and instilled in him.”

I beg to differ. I’ve always had a father figure back when I was a kid. But, what happened? Well, common sense: you wouldn’t be reading this now if I became straight then! :p Although of course, there are cases where gay people have backgrounds of not having a father when they were kids, but IT IS NOT, IN ANY WAY, ABSOLUTE IN ALL CASES.

4. On whether being gay is a lifestyle choice or genetically influenced, Dr. Garcia has this to say: “The genetic predisposition is there but if from the start it is corrected, maiaayos. Remember, genetic predisposition. Hindi minana, na at the start bakla siya. Ipinanganak siyang lalaki o babae. Ikaw na magulang ang mag aayos at magtuturo.

This is, by far, the worst thing I’ve read in my life: “.. but if from the start it is corrected, maiaayos.” AND “Ikaw na magulang ang mag aayos at magtuturo.”

I was under the impression that Dr. Garcia believes being gay CAN BE CORRECTED OR FIXED IF FROM THE VERY BEGINNING, THE CHILD’S ORIENTATION WAS CORRECTED.

Guys, correct me if I’m wrong: but the last time I’ve checked, WE’RE ALREADY IN THE 21ST CENTURY! Gone were the days when people used to treat gayness as a disease or a disorder that can be treated by medicine. It’s not like telling my mom, “Mom, I’m gay.” and my mother answering me with “Ok, buy ka doon ng (insert anti-gay drug brand name here) and drink it four times a day, every four hours nak ha.. and you’ll be fine.”

“Since 1975, the American Psychological Association has called on psychologists to take the lead in removing the stigma of mental illness that has long been associated with lesbian, gay, and bisexual orientations. The discipline of psychology is concerned with the well-being of people and groups and therefore with threats to that well-being.”

It’s sooo frustrating to know that AT THIS AGE, THERE IS STILL SOMEONE WHO THINKS BEING GAY IS SOMETHING THAT CAN BE FIXED. C’mon, even the APA refutes this idea. I can’t imagine how horrible it would be for parents to ‘correct’ what for Dr. Garcia ought to be ‘corrected from the beginning’. 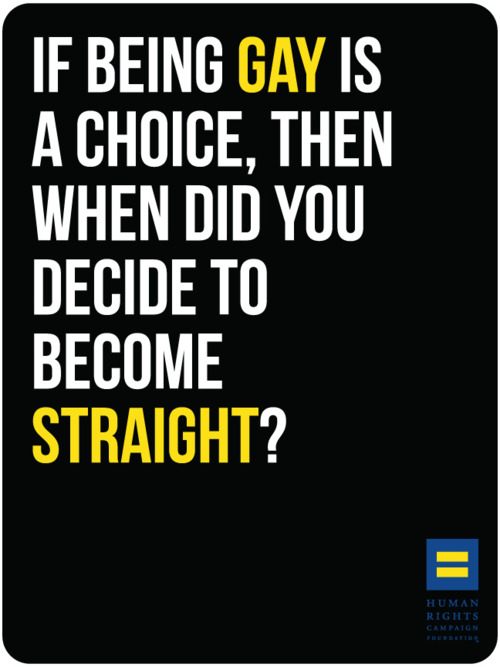 Without batting an eyelash, I believe BEING GAY IS NOT A CHOICE, in contrary to what others believe. It may be genetic, it may be triggered by the environment, but definitely it is not a choice. Reading comments from fellow gay guys in various fora support this statement. It is not as if deciding whether to wear a blue shirt or a pink shirt, and not even deciding to use condom in sex or not. (well of course, we have to LOL)

Once and for all, it wasn’t my decision to become gay. And I’ve always believed once a gay person.. always a gay person. Common sense will tell you, given the chance.. why would I ‘decide’ to be gay given that the superficial world of the conservatives mocks and questions the morality of this sexual orientation? For the sake of argument, if it is indeed a decision.. why would have I not taken the “straight” life knowing that it is the “normal” as dictated by our society? Why would I allow myself to suffer and succumb to society’s harsh word and prying eyes?

An open message to Ms Bersola:

I understand that you only want the best for your child. Inasmuch as we would all want your son to be straight, I hope that when he turns out the otherwise.. he’d be accepted and loved just like all other straight child in the world worthy of parent’s affection.

An open message to Garcia:

It may have been so hard for you to accept what the LGBT members have been bombarding you. You’ve been tagged a bigot, an anti-gay person, a fake clinical psychologist to the point they question the integrity of the school where you got your degree. Perhaps there is a need to exercise prudence especially when you cover sensitive topics. Just in case you haven’t read this yet, here’s a message from the Psychological Association of the Philippines President Dr. Gina Hechanova:

The article presents a view of homosexuality that is clearly misinformed. We wish to invite the public to read more appropriate responses to the same questions posed in the article of Ms. Bersola-Babao.

TO BERSOLA, GARCIA AND OTHERS WHO MAY STILL HAVE PROBLEMS WITH LGBT MEMBERS:

WE ALREADY HAVE LOTS OF PROBLEMS IN THE PHILIPPINES AND IN THE WORLD. We still have pending claims on the West Philippine Sea, there are still issues on RA 10175 or the Cybercrime Law, our Muslim brothers are still struggling fighting for their land and lives in Sulu and Sabah, Malaysia, Justin Bieber still has bullying problems (kidding!)… CAN’T WE JUST KEEP OURSELVES FROM ADDING UNNECESSARY PROBLEMS?

I’d like to end this post with a nice meme. Just for all of us to think about 😀 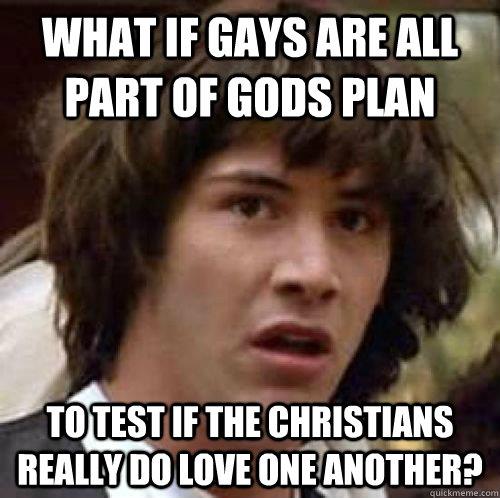