I woke up early morning yesterday and stumbled upon a trending viral picture showing a couple (in case you didn’t notice, they’re both gays) both on my Facebook and Twitter feeds. Many friends asked for my reaction, and truth be told: I was “inggit” and somehow surprised. Envious because I’m still single and surprised with all the antiquated hate comments full of bigotry and downright stupidity from people privy to their story.

Apparently, the couple in the photos is Naparuj Mond Kaendi, a Thai creative director and booking agent at Bacca Model Management and Thorsten Mid, a model from Germany. 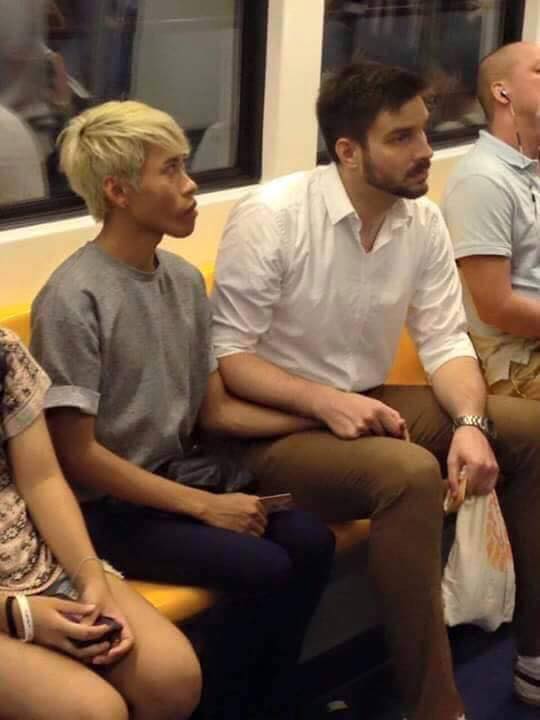 While the pictures received a lot of positive comments showing support to the couple, these also drew flak as the pictures didn’t quite sit well with some netizens who chose to bombard the couple with unwarranted hate and discriminating comments which is something uncalled for and is completely unnecessary. True, some gay and even straight people are at the forefront asking for gender equality, but upon seeing stuff like this, they go gaga all over their social media accounts criticizing what they think is grossly unacceptable for them just because, as others put it, it’s not the usual kind of relationship they have always perceived. 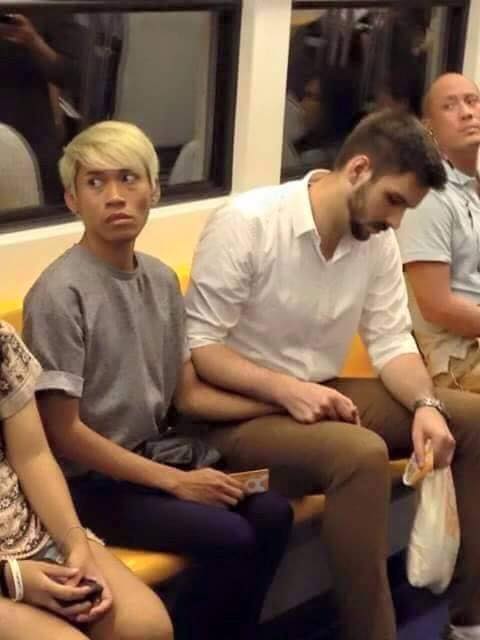 There is so much hyprocrisy in the.. well, ‘gay’ community, or to make it more specific, in the Filipino gay community. Surprisingly, most comments in the pictures came from fellow Filipinos which show that at this age and time, the Philippines is somehow, still well below the radar for its acceptance of the third sex and relationships between our lot. Add the fact that the people in the video are a Thai and a German national, I haven’t seen hate comments from their fellows Thais or Germans.

Embedded below is a video from the hit US show What Would You Do with gay couples being out in the open doing the usual public display of affection common to heterosexual couples. While the reaction from other people is somewhat disturbing, the reaction from two straight guys and how they handled the situation towards the latter part of the video is a complete turnaround of emotions. A must-watch!

Others said that tolerating such behaviour will encourage, inspire and thereby increase the population of couples of the third sex. I don’t personally see anything wrong with that. It’s nothing short of those people who believe that gay-themed romantic movies will encourage amorous relationships between people of the same gender. I don’t know about others, I’ve had years of ‘straight-themed’ movies and heterosexual education, but as of last check, I’m still a queer.

As we all very well know, love is a basic right of freedom and individualism. I’ve always believed that one of the most, if not, the most difficult thing to do in life, is to explain yourself to people who have already made up their minds. If they discriminate that ‘kind’ of love, then so be it. If their small minds think gay couples should be deprived of the right to love, be hard as it may, so be it.

I’d like to end this post with the cliche: “Love knows no gender“. That just like in any other kind of love, hetero or otherwise, we all have the prerogative to choose who we love. I grew up with a sort of sensibility that I don’t apologize for being who I am, what I am and for going after what I want.  As long as we don’t knowingly hurt anyone, we don’t step on somebody else’s toes, and as long as we share the same amorous feelings toward each other, I believe just like in any other kind of love.. your love for one another is what really matters.

So that’s pretty much it..