Honestly, I had a hard time putting all my thoughts into this blog post since writing a farewell story isn’t as easy as writing the usual topics I blog about, especially when it’s about my idols. I haven’t witnessed the Fab Five in their rookie year, but soon as I watched them play back in season 73, I became an instant fan. 🙂

For those who do not know, Fab 5 is comprised of Fille Saint Merced Cainglet, Jamenea Ferrer, Angeline Gervacio, Gretchen Ho and Aillysse Nacachi. Along with Alyssa Valdez, they led the Ateneo Lady Eagles to a first runner-up finish back in season 74. They played their last game in the UAAP Season 75 in the championship match against DLSU Lady Spikers last March 6, 2013. For all the Lady Eagles fans, it was a sorrow-filled game as the match ended on a third set. But that’s not the point of this blog post, but the very fact that we’ll all be missing the Fab 5 playing in the volleyball court!

I was supposed to post this after the game. But honestly, I wasn’t able to muster the courage to finish this as I was being emotional after the game. Yes, call me melodramatic, but seriously, I cried. But I know I’m not alone as one random user tweeted:

“If you cried after their game, don’t be ashamed. It’s normal. It just proves how much we love them.”

Without exaggerating, it was a very very painful experience seeing the Lady Eagles cry at game’s end, but it’s another story seeing the Fab 5 cry knowing that it’s the end and it’s over for them.

As I watch them cry and hug their teammates, I can only WISH I WAS ALSO THERE TO HUG THEM, COMFORT THEM, AND LET THEM KNOW AND FEEL THAT HUNDREDS OF THOUSANDS OF FANS  LOVE THEM AND SUPPORT THEM. To make them feel that in this journey, they’re not alone. 🙂 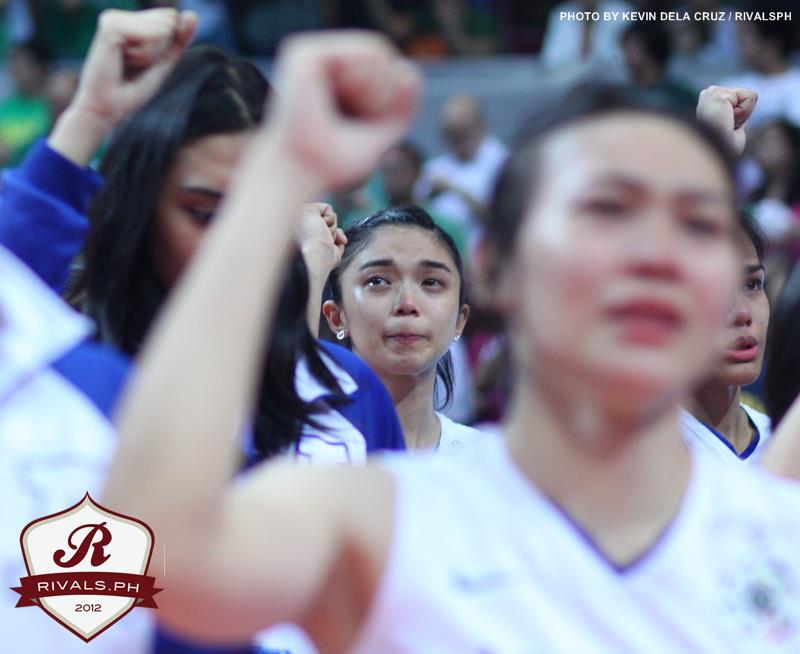 Fille Cainglet, A Nacachi and Dzi Gervacio in tears. Isn’t this just sooooo sad? It pains me to see my idols cry.

If there’s someone who could most perfectly identify with what the Fab Five’s last game experience was like, that would have to be me.

In my final year in Ateneo de Davao University last 2012, I led my team Accountancy Division to the finals only to end up with a second-place finish. It was a very disheartening experience especially when I have been aiming and doing all that I could to bag the very first championship crown for our division. And trust me, the feeling sucks! But of course, as what we always say.. the ball is round. You can never tell. In every game, there is a winner and a loser. What matters the most is you gave all your best. 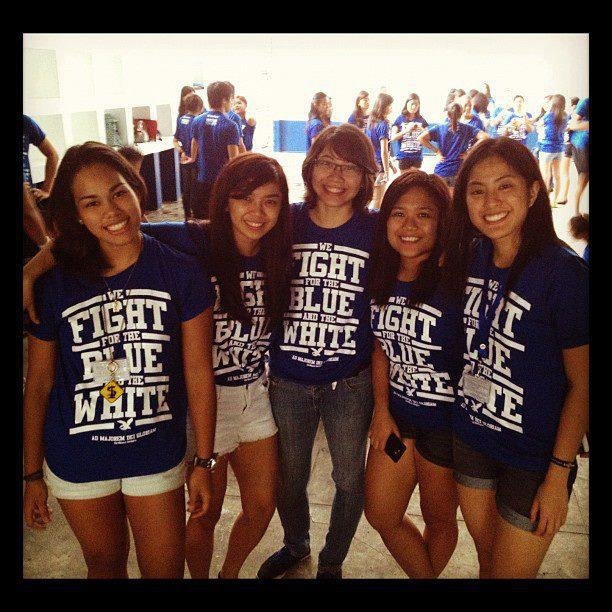 What makes me happy with their last game is the fact that many people recognize them as legends in Philippine volleyball.

There is no doubt that the Fab 5 helped volleyball come back to life. And more than the winnings and all, many recognize their mere presence in the volleyball arena as their ultimate legacy that is already marked in Philippine volleyball history.

Haters would always react when people say they’re a factor why Philippine volleyball reached an all-new popular status. Yes, they also have their fair share of haters, and yes.. you guessed that right, most of them are die-hard La Salle fanatics. I’m not trying to fan the flames people, but I think that’s a given fact, most haters of the Fab 5 are those hardcore DLSU fans. In fact, I read a random RT from a fellow fan of the Lady Eagles..

The Lady Spikers may have won the championship crown, but the Lady Eagles won the hearts of the Filipinos.

— I just couldn’t say this any better. SO TRUE!

Anyway, I collated great fan-made videos about the Fab Five.  Prepare to shed a tear friends!

This is from Gielsie Cruzat on YouTube. A really really nice collection of various videos. Nakaka iyakkk! 🙁

This one is from juju san on YouTube. A collection of pictures showcasing the Fab Five.

In fact, Fab 5 trended not only in the Philippines, but also worldwide! Need I say more?
A video of Fab 5 -related tweets on Twitter.
It still pains me to bid Fille, Dzi, A, Gretch and Jem goodbye. FAB 5, you’ll be missed0. Without them, Philippine volleyball won’t reach this far! They might not have won the elusive championship crown, but definitely, they have captured the hearts of volleyball fans, both Ateneans and non-Ateneans. They never got tired playing for the school so I will never get tired shouting TEAM ATENEO.. ONE BIG FIGHT! WIN OR LOSE, IT’S THE SCHOOL WE CHOOSE! 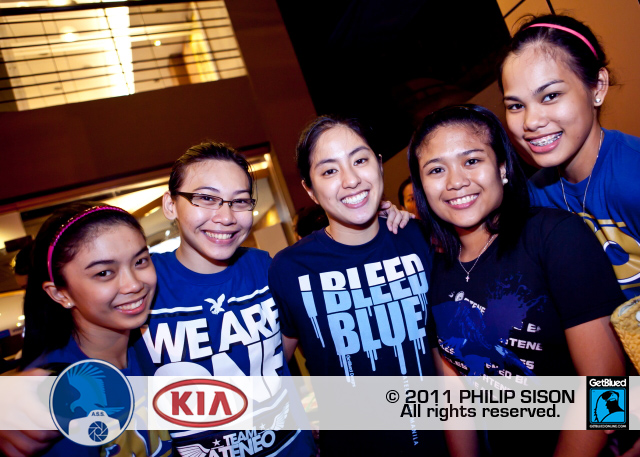 WE ARE VERY VERY VERY PROUD OF YOU. WORDS AREN’T ENOUGH TO EXPRESS HOW MUCH WE ADMIRE ALL OF YOU!

THANK YOU FOR THE VERY EXPERIENCE OF WATCHING YOU PLAY YOUR HEARTS OUT IN THE VOLLEYBALL COURT.

YOU ALL FOUGHT A GREAT FIGHT. THANK YOU FOR AN AMAZING JOURNEY!

YOU WILL ALWAYS HAVE A PLACE IN OUR HEARTS!

How about you fellow Fab 5 fans? What are your thoughts in their five-year run in the UAAP? Let’s talk about it here! 🙂