Warning: This post has an honesty level of 10+. Read at your own risk. Bear in mind that these are my thoughts, and they are ought to be respected. BOW 🙂

Lagi kong naririnig mga girl friends ko na mag complain about sa pagdami ng mga bading these past few years. True, anywhere you go, a member of “our” lot is there. He might be a twink playing in the playground, a teenager in his high school, a flamboyant one doing hair and make-up parlorista, a 20-something straight-acting young professional in his business attire, and even 40-something gay but straight-acting daddy with a family out there. 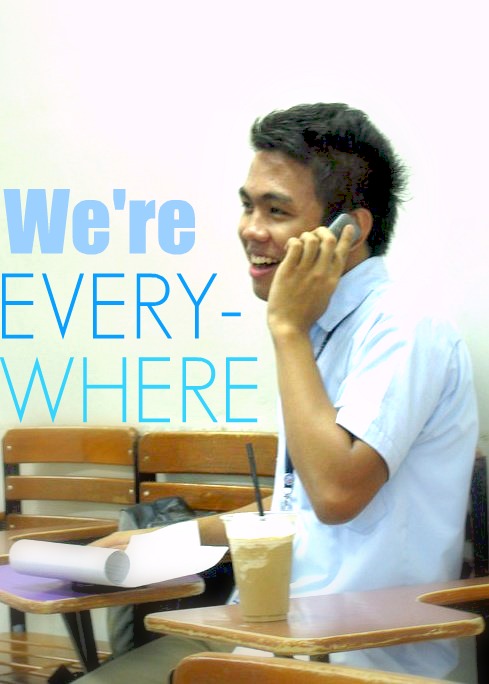 Thanks to Picnik.com for letting me edit pictures so easily! 🙂

I just noticed na these past few years, dumadami na rin ang population ng mga tomboy. There are those who even have girl friends, with matching holding hands and all pa. I just noticed na karamihan sa mga nakukuha ng mga tomboy are the pretty girls. Hanep ng diskarte. But aside from the diskarte, there are girls kasi who resort to having relationship with tomboys, if wala ring lalaki na nanliligaw sa kanila. Is that a good or bad thing? That I do not know.

I am no economist but we can actually use the fundamental concept of economics to analyze how the market works: DEMAND AND SUPPLY!

Judging our society, one can infer that the demand for boyfriends by the girls CANNOT be fully satisfied by the supply (boyfriends). Thus, some girls resort to boys not of their type and even in to lesbians.

Kahit ano pa ang impact ng pagdami ng bading, positive man o negative, let us not forget that in one way or another, gays have actually contributed something into the development of our lives.

So stop the unfounded and unnecessary tirades against gays, it wouldn’t help.

Without gays, LIFE WOULD HAVE BEEN LESS EXCITING.

Kayo readers, what do you think are the effects of the boom of the gay population? Tell me what you think. 🙂