I was pretty bored and tired last night because of all the things that I’ve been doing. (e.g. editing and updating my blogs, studying *wink*, and of course, tweeting) when my friend Chat Elizagaque posted a YouTube video on Facebook which pretty much helped me alleviate boredom.

It is by far, the sweetest and cutest amateur video I have seen featuring a cute couple — not straight couple at that. Watch the video below so you’d understand what I mean.

This video has already gained almost 15,000 views on YouTube with 174 likes and tons of comments from their new found fans. Amazing, isn’t it?

The first time I watched, I stopped at around 2:44, I couldn’t take watching more of the video since.. INGGIT NA INGGIT NA AKO! SELOS AT BITTER! You can’t blame me, they really are a cute couple! 😛

So yun, after a few moments, I wasn’t able to control myself and clicked the resume button again. 😛

Alam mo yung feeling na “What if ako andun? What if I have someone din tapos ganun kami?” HAHA. 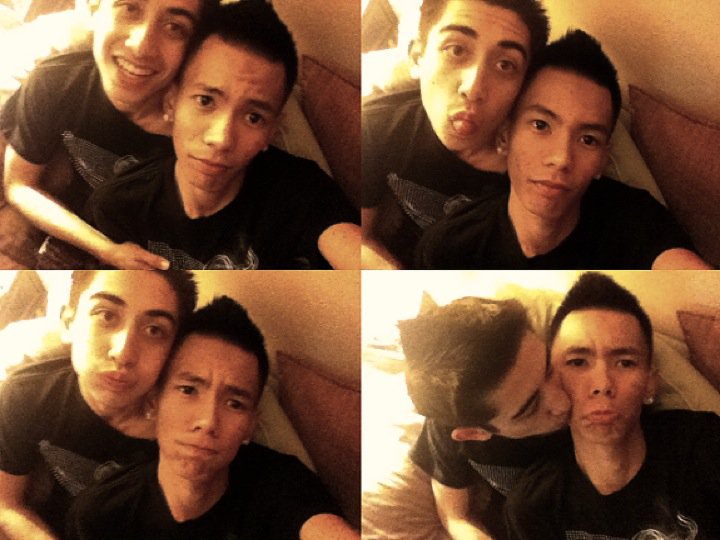 So anyway, I made a few research about them and found out who they are: the moreno guy is Jeremi de Ramos and the tisoy one is Michael Martin Meeks. I actually added the two on Facebook and followed them on Twitter! HAHA. I love them! 🙂 I know you guys, too!

After watching the entire video, I just found myself staring at the monitor of my laptop with a big smile– make that a really really big smile–  painted on my face. Mixed emotions. But more than the bitterness (not the destructive type) and envy I honestly felt, is much sincerity and authentic happiness for them.

It takes a great deal of courage for one to accept what he really is and much more courage to publicize what others usually perceive as a deviation from the so-called norms of our society.